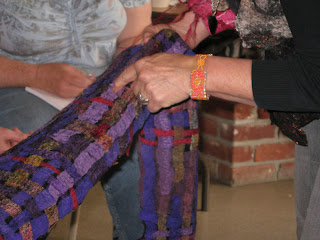 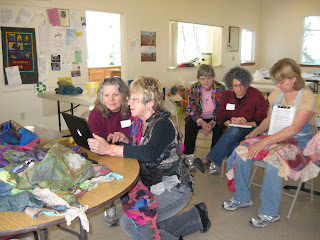 Sharon's felt workshop was wonderful. She really helped everyone focus on their project and what they wanted to create. I took some pictures but unfortunately didn't get any of the final projects at the end of the second day. I was too busy finishing my piece and thinking about cleaning up. Here is a link to Flickr where you can few the pictures I did take.

I am packing today to head off for ArtFest early in the morning. When I return I will take some pictures of my finished felt pieces. I am lucky since Sharon and I have been pursuing felted scarves and wraps in my studio and I created a few more I'm really excited about. Anyway they'll be photo'd when I return as well as my ArtFest projects. 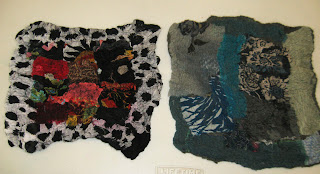 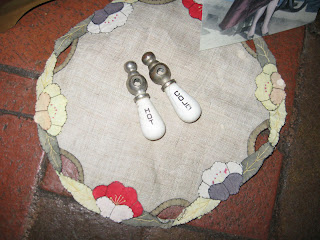 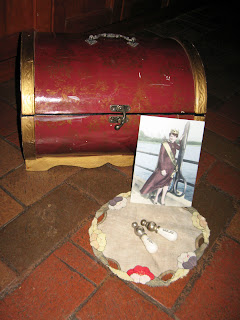 I'm home now and the predicted rain has started. It should rain for a couple of days but by Tuesday the sun will be out again and then my friend Sharon arrives.
Posted by Lorri Scott at 3:03 PM 2 comments:

My Trades are Ready! 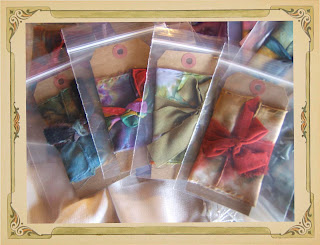 When attending many art retreats the participants are anxious to create "trades". These can be anything you want to create and it's exactly what it implies: You trade your art for other artists art. Of course these are small items as to be able to travel with them and accumulate them!

I was able to make 70 trades and then I ran out of the tags I was wrapping my silk ribbon strips and fabrics on. I may or may not get back to making more. 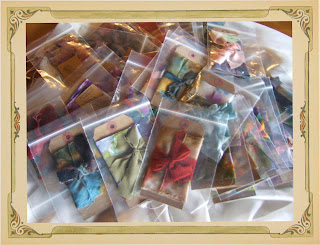 I've already changed what I'm making for trades at Artfest. I didn't really like the cards and all so I am redoing the packaging but giving basically the same dyed silk strips, ribbons, and fabric pieces. I'll post again when I'm through with them.
Posted by Lorri Scott at 6:48 PM 1 comment:

I was in Sedona, AZ all last week visiting some friends and to tell truth I hardly went anywhere because their place was so relaxing and they made me feel right at home. Everyday I had to sit and look out at the amazing red rock sculptures created by nature and the birds flocking to the feeders. I did go out to dinner one night to meet some friends I knew from high school and we talked for hours, it was so fun to reconnect with Stephen and Vicki!

I got home on Sat. and it's already Thursday? I've started working on trades for Artfest. This is what I've come up with and plan to make around 75 of them. 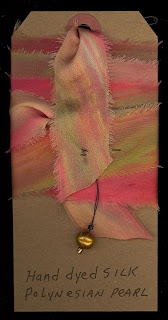 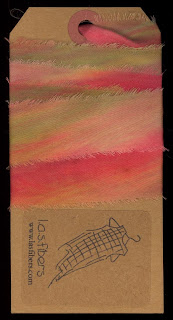 I've never been to Artfest but have heard tremendous things about it and am looking forward to being in Port Townsend for five days.

My schedule is so jam packed from now through April I'm not sure how much blogging I'll get done. Artfest, then Tony's spring break, then I'm going to Kauai the middle of April and come home to friends visiting from Texas and we'll venture up the coast to Gualala again to scavenge for Abalone bits and "holey" rocks.

I'm also getting ready for Sharon Kilfoyle to arrive on the 24th of this month which is also my oldest sons 21st birthday. Sharon is giving the nuno felt workshop on The 27th & 28th and there are still a couple of openings if you're interested.

I better get back to working on the trades.
Posted by Lorri Scott at 5:20 PM No comments: 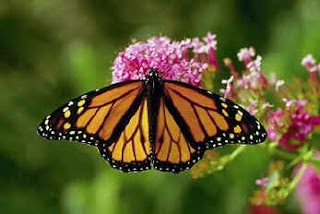 You know the ads I'm talking about? The ones where a person says to another they shouldn't be eating a particular product because it contains high fructose corn syrup "because you know what they say about it" and the other person says "no what?" and the first person doesn't really have an answer so the conclusion is "You mean because it's the same as sugar and taken in moderation is fine for you". Well the answer really is because most corn is genetically modified and that is the serious issue. Already scientists believe the decline of the honey bee population is directly related to GMO's (genetically modified organisms) and now they believe the monarch butterfly population is threatened.

It's very complicated for us to know what is harmful and what isn't. Like people who smoked cigarettes for years and developed lung cancer and emphysema saying "they didn't know better" and probably didn't. It becomes clear that in todays society we have access to more information and we need to research what we believe to be true to protect our health and environment. Research who is behind a campaign and why to decide if we are being deceived or not, is there a bigger picture?

A particular article from les nouvelles esthetiques & spa by Jenny Hogan made me aware of the issue with GMO's and that the corn use isn't just for food products but also skin care products. If you go to the site and click on the free digital magazine the article is "The Butterfly Effect of Organics" by Jenny Hogan starting on page 34/35. The following is taken from that article:

"Organically grown products come from organic seed and are not genetically modified and do not contain any added hormones or antibiotics.

Genetically modified organisms are living organisms whose DNA has been changed combining genes of the native organism with other genes to create a superior product. The problem? While beneficial to the plant, genetic modification can create side effects for the environment. Genetically modified corn produces a bacterial toxin that protects it against pests so that less pesticide use is needed and crop yields are increased. BUT an endotoxin from the bacteria is also created, carried in the pollen from the corn. As corn is wind pollinated, the pollen can blow more than 60 yards from the fields. Milkweed, the exclusive food supply of monarch butterfly larvae is killed by this pollen according to laboratory reports by Cornell University. Currently in the USA 61% of corn, 89% of soy and 83% of canola is genetically modified.

Monarch butterfly populations are very important in conservation studies and any threat to them is considered a red flag for larger environmental issues."

Some skin care products specify that the corn they use is imported from the UK where it is not genetically modified. Another product that needs to be decided where the corn comes from are vitamins. Vitamins are increasingly derived from GMO sources as vitamin C typically comes from corn and vitamin E is derived from soy.

I know, more things to worry about, but this seems to be important. We as consumers can choose which products to purchase and which not to based on ingredients and what we know.
Posted by Lorri Scott at 9:53 AM No comments: