Vintage Lace from a Texas Friend 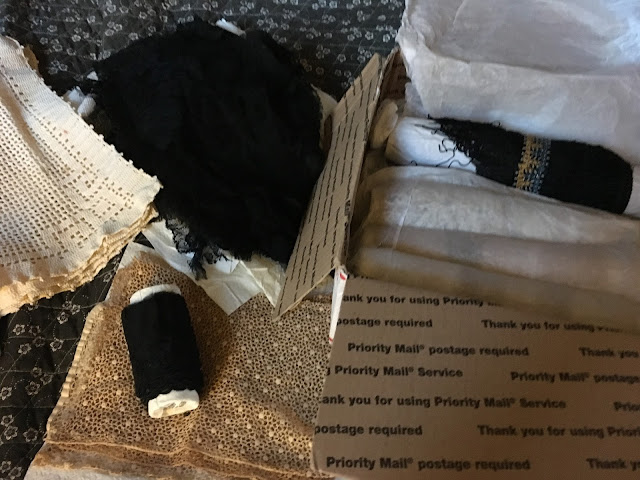 Several months ago I was messaging with an old friend I hung out with when I lived in Austin, Tx.  She said she had a box of old lace that she got from her grandmother and she finally decided she was never going to do anything with it and she was going to send it on to me.  A few weeks later a mutual friend of ours wrote to tell me that Debbie had passed away.  WHAT??!!  Yes she had health complication that caused her to fall in the shower and hit her head.  No one was there with her to take her to the hospital or call for help so she didn't make it though the night. Our mutual friend, Michele found the box of lace and a couple weeks ago it came in the mail to me.  It was like a wonderful present! 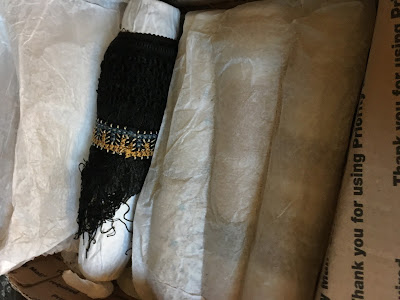 There are some beautiful pieces, unfortunately some of them are old and fragile to the point of shredding when I pick them up.  Mostly these black pieces that looked like were a part of a dress at one time.  Would have loved to seen it in it's heyday! 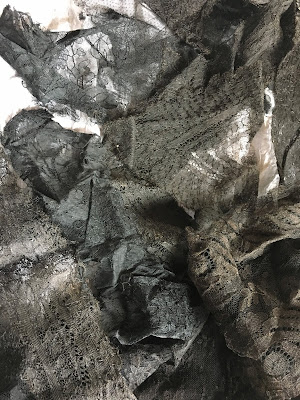 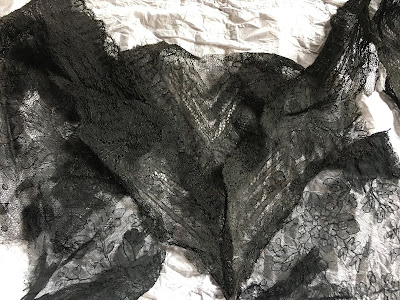 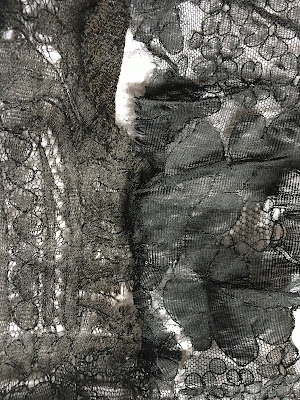 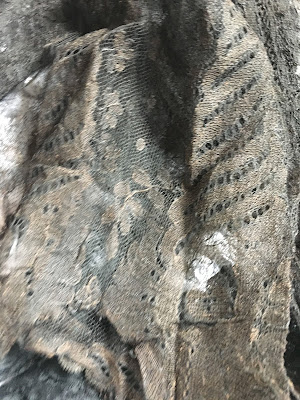 Lots of the other lace pieces look in good, usable shape so I'll be putting these on my upcycled clothing pieces sometime in the future. 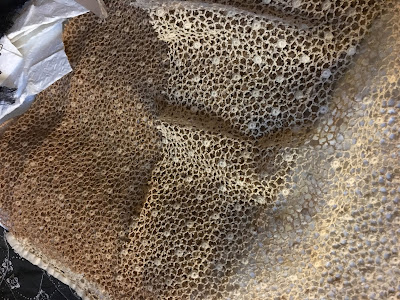 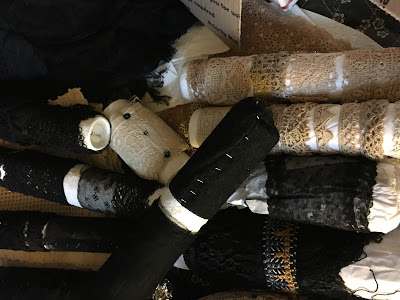 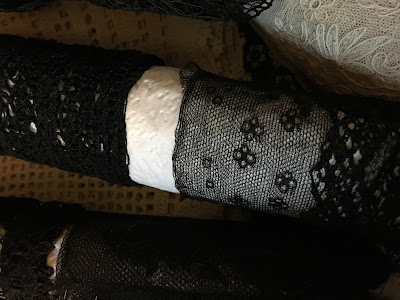 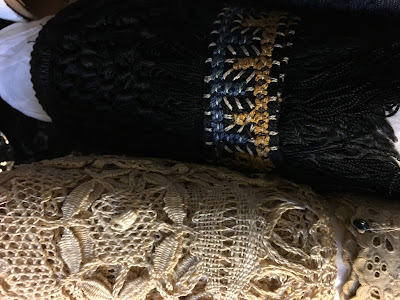 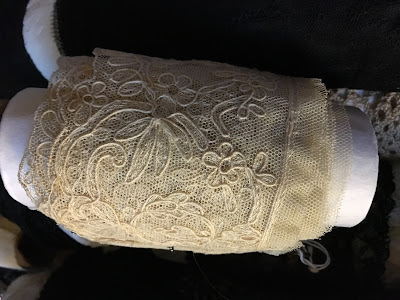 My biggest regret is Debbie is gone and my intention for these pieces was to make her something from them, a stole perhaps like the one shown below, but now she'll never know. 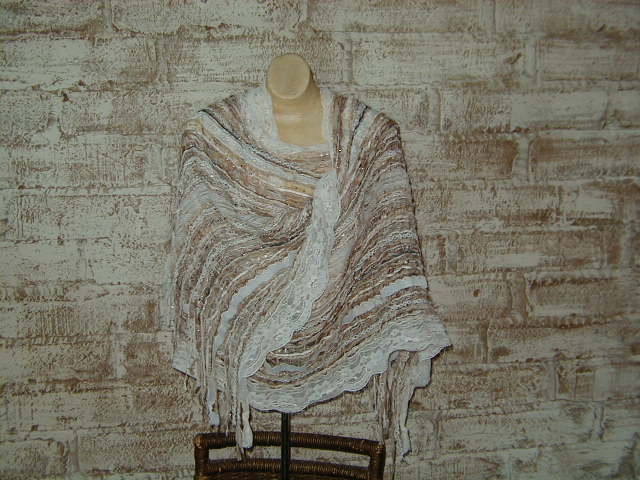