Life's A Beach in Kauai! 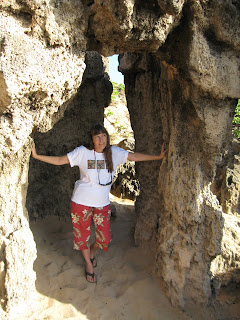 I've been on Island since the 3rd and the weather has been perfect. Sometimes this time of year it's very rainy but we've seen none. Yesterday Michael and I went to Mahaulepu which is a beautiful open space land at the end of a very rugged, mostly unmaintained road that goes through now defunct sugar cane fields. We did se some of this land has been cultivated and corn and other vegetables are being grown.


When we got to the beach we saw a monk seal. The island protects these seals when they beach themselves to rest by erecting fencing around them so no one disturbs them. We walked farther down and there was another fenced area and this one was a mother and her new born pup. It was only five days old and very black. We were told the pups gain five pounds a day and the mother does not leave the pup's side but rests the entire time she nurses the young, not even eating. Five to seven weeks later the pup gets weaned and the mother leaves to end her fast. These monks seals are becoming endangered. The Island of Kauai protects them so the number in the Island is increasing. They have about 68 now but the other islands where the seals live the numbers are declining. This article says there are only 1200 monk seals left but the volunteer with the organization in Kauai said there are only about 900.

It was fascinating to see the mother with the newborn. 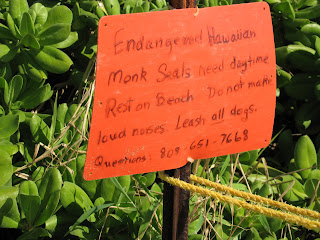 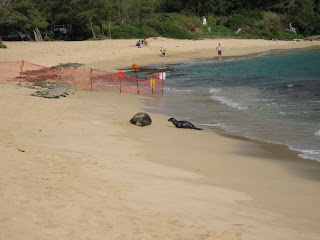 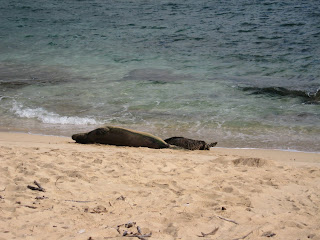 Well it's another crappy day in paradise so I better get out there and take my walk to the beach.

I'll leave with with some pictures of Mahaulepu. 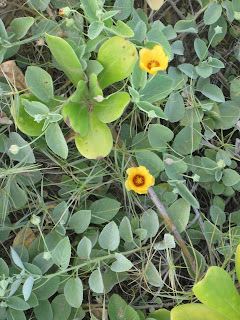 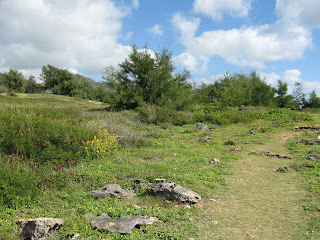 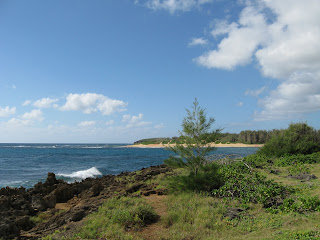 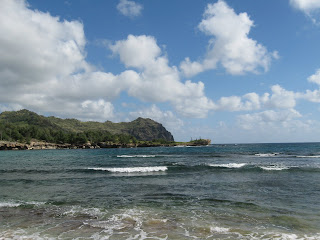 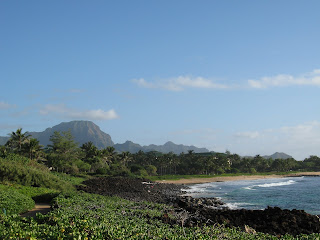 great npics lorri! How lucky to see the baby seal!

I'm thinking longingly of my all too brief time on Kauai. How cool to see the seal pup and mom. What a beautiful place!

Hey, Lorri!
I thought of you today as I was keeping company with your artwork at the gallery in Ben Lomond. Sold one of your scarves. Thanks for sharing photos with those of us back here on the mainland! You are missing the cold rain.
~Annie