I finally loaded the photos of New Zealand that were on Michael's IPhone.  We visited 3 waterfalls.  Huka Falls was a beautiful ice blue green that reminds me of beach glass. It was mesmerizing but we did not a have camera with us (after I "lost" mine).

The next two falls, Waitomo and Bridal Veil Falls,we got the IPhone out. 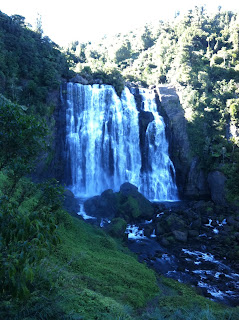 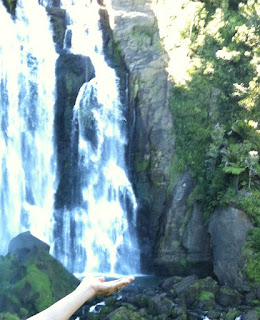 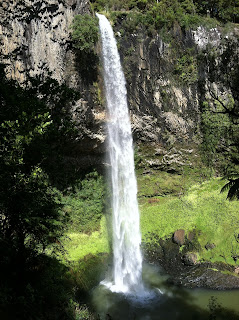 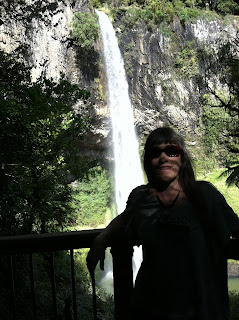 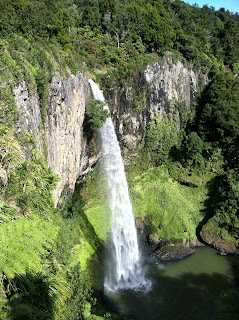 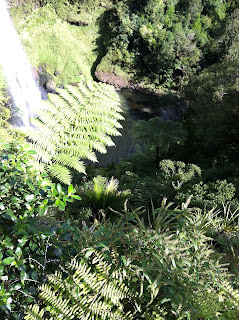 After leaving Waitomo we journeyed on to find the West Coast and final destination of Raglan.  This is where we got a bit lost.  Imagine driving on a gravel road that has veed a couple of times and begins to narrow, not knowing exactly what road you were on but feeling the direction you're heading is right.  Then you come upon a slight rise in the road and on the other side is miles of the blackest, sparkling sand you've ever seen. 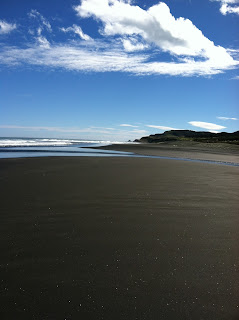 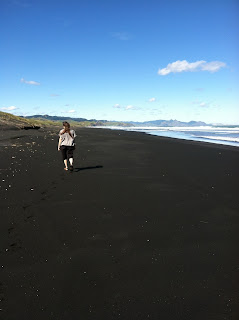 After spending some time on the beach we backtracked and found our way to Raglan where we had mussels and beer and watched the sun beginning to set.  Our plans had been to make it back to Auckland but it was too late so we traveled on to Hamilton and spent the night.

The final night before we left we took Jinn and Neil out to dinner on the Auckland waterfront district. A perfect end to a prefect journey.
Posted by Lorri Scott at 5:13 PM

Sometimes, you're so busy doing, you don't take pictures (I didn't take enough photos this past week). My favorites of these photos are the black beach; although, I also love the waterfalls. After seeing your photos and hearing about your trip, I really want to go to New Zealand sometime.

Such beautiful scenery and the natural waterfalls are SWEET!! You and Michael are so lucky to be able to see these things!