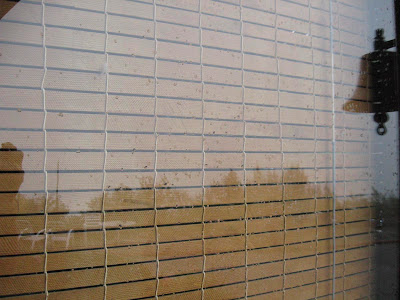 More than a century ago, essayist and writer Charles Dudley Warner said, “Everybody complains about the weather, but nobody does anything about it.” I always attributed that quote to Mark Twain . When I searched online I find both of these men being given credit so I am unsure of the truth of who in fact said this.

It's another rainy, damp, dreary day. I think we've had enough. Everyone is complaining but we are just coming out of a drought and should be grateful. I'll bet if you check back in a month or two the complaining will be about the heat.

I'm busy getting the "reborn & altered" garments ready for a photo shoot on Sat. but had a hiccup by an ant invasion in being able to finish a couple of things I wanted to include.. Yes ants. They invaded my studio. A large army of medium sized, reddish black, slow moving ants parading along the wall. I had to pull everything off the lower shelfs to spray and bait them. I don't have food or anything to my knowledge that would attract them. As I said it has been super wet here so perhaps they only wanted to come in out of the rain. It did look like they were coming in one side of my studio and exiting at the other, sort of a bypass for them. I think they have rerouted themselves as there were none there when I checked this morning. Now I can get back in and reorganize and get things ready for Monday when I have a young woman coming to work for me. This is an experiment for me since I've never hired anyone to work in my studio. I'll keep you posted on how that goes.

I had to turn the heat on in my studio and figure it's probably nice and warm in there now so I can get back to my tasks.

Have a nice holiday weekend. Keep dry but don't get sunburned!
Posted by Lorri Scott at 12:21 PM

The ants go marching one by one...I hope they've marched out of your studio.

Hope you had a nice holiday week-end. Ours was dry and lovely. congratulations on your new shop I can't wait to see what other wonderful things you list in it. the slips are great.